This post was contributed by Samuel Mortensen, a PhD candidate at Northeastern University.

Working with plants doesn’t always have to be a time-consuming process. While developing transgenic hairy root lines in tissue cultures takes half a year, and generating a transgenic plant can take even longer, a transient plant leaf transformation process could save the plant biologist some time… months, in fact.

END_OF_DOCUMENT_TOKEN_TO_BE_REPLACED 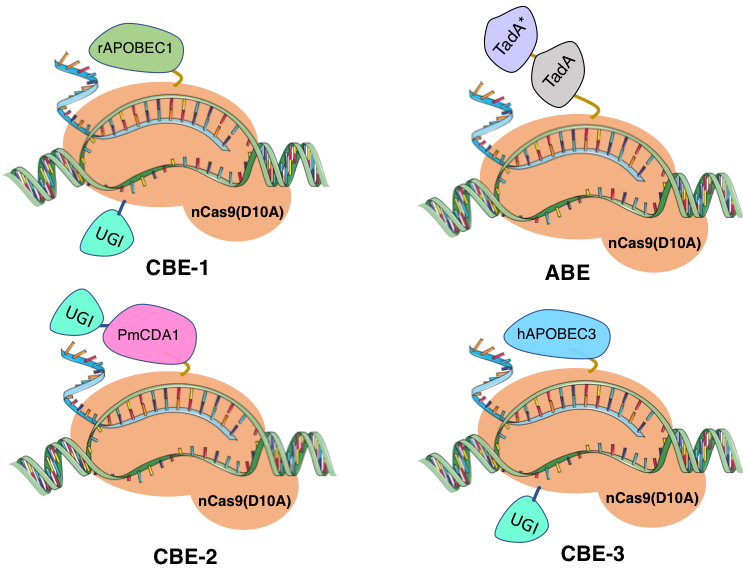 This post was contributed by Kutubuddin Molla, a Fulbright Visiting Scholar at the Pennsylvania State University.

Imagine you are dealing with a defective gene, Xm, the sequence of which is identical to the correct gene, Xw, except for a single base. If you heard about CRISPR, one question probably comes to mind: can CRISPR be applied to fix the defective base precisely?

Until 2016, precise single base changes were only possible through exploiting the homology-directed repair (HDR) pathway which occurs in cells at low frequencies and relies on the efficient delivery of donor DNA to facilitate repair. Since the development of CRISPR-mediated base editing (BE), these types of repairs can now be done more efficiently than before. A base editor precisely changes a single base with an efficiency typically ranging from 25-75%, while the success of precise change via HDR limited to 0-5%. This blog post covers a brief review of different basic BE technologies and their adaptation for plant genome editing.
END_OF_DOCUMENT_TOKEN_TO_BE_REPLACED 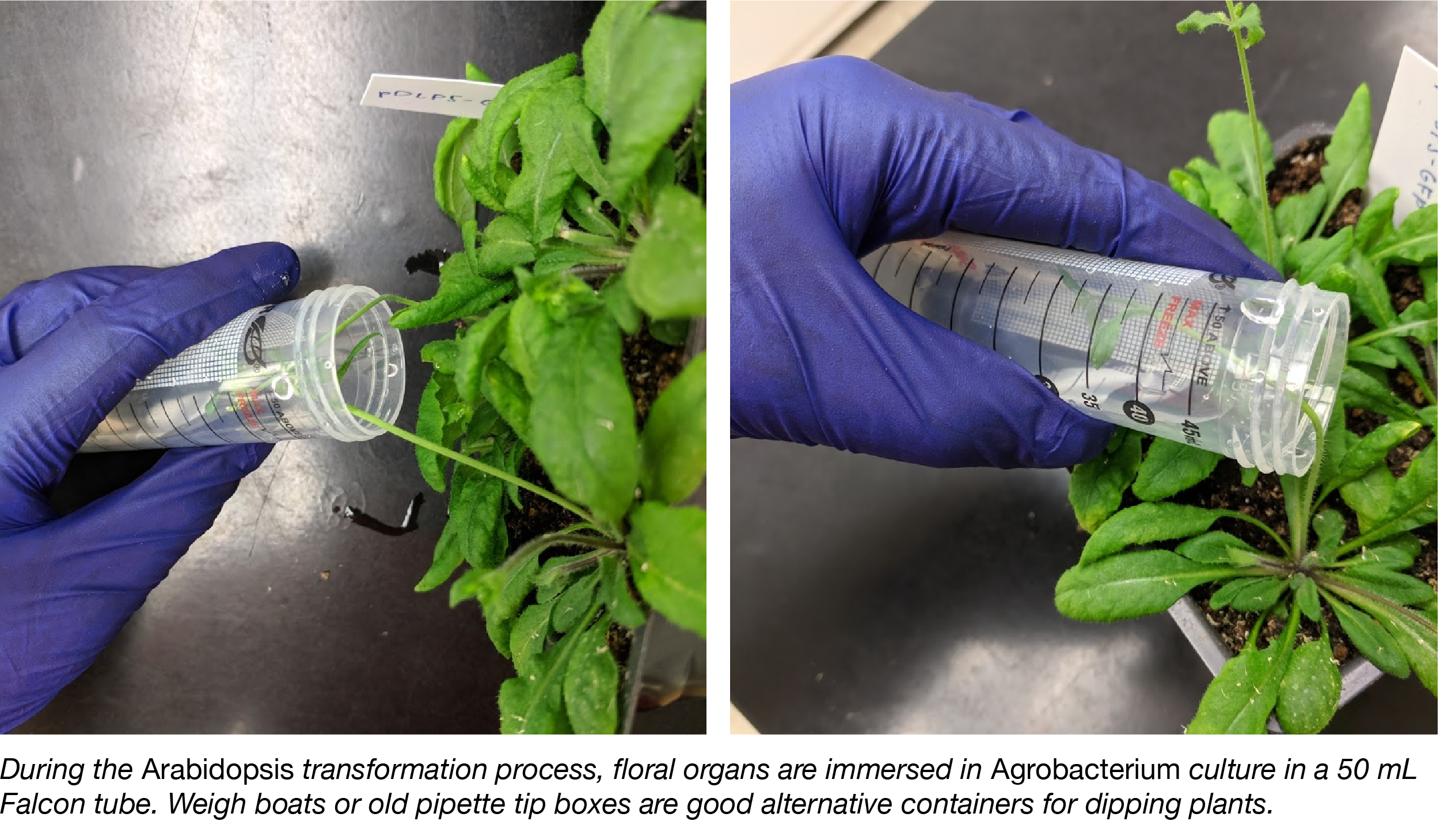 This post was contributed by Laura Lee, a graduate student at Stanford University.

Arabidopsis is a fantastic model organism for many reasons, not the least of which is ease of transformation. There are many motivations to generate transgenic Arabidopsis, from studying transcriptional and translational dynamics of genes and proteins in living plants, to complementing mutant phenotypes. Arabidopsis is amenable to the floral drip or dip transformation method. The general steps for this method include:

END_OF_DOCUMENT_TOKEN_TO_BE_REPLACED 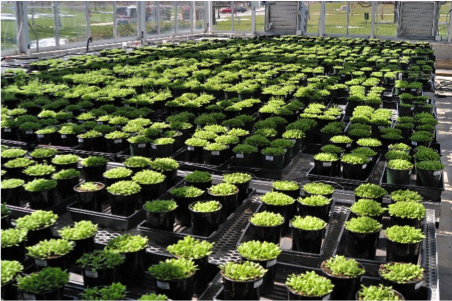 This post was contributed by guest blogger Courtney Price, the Education & Outreach Specialist for the Arabidopsis Biological Resource Center and the Center for Applied Plant Sciences at The Ohio State University.

Established in 1991, the Arabidopsis Biological Resource Center (ABRC) is one of two global stock centers for Arabidopsis thaliana (Arabidopsis). Our mission is to collect, preserve, reproduce and distribute seeds, DNA and other resources for Arabidopsis and related species. Located at The Ohio State University in Columbus, Ohio, ABRC ships more than 100,000 samples to researchers and educators in 60 countries each year.

END_OF_DOCUMENT_TOKEN_TO_BE_REPLACED 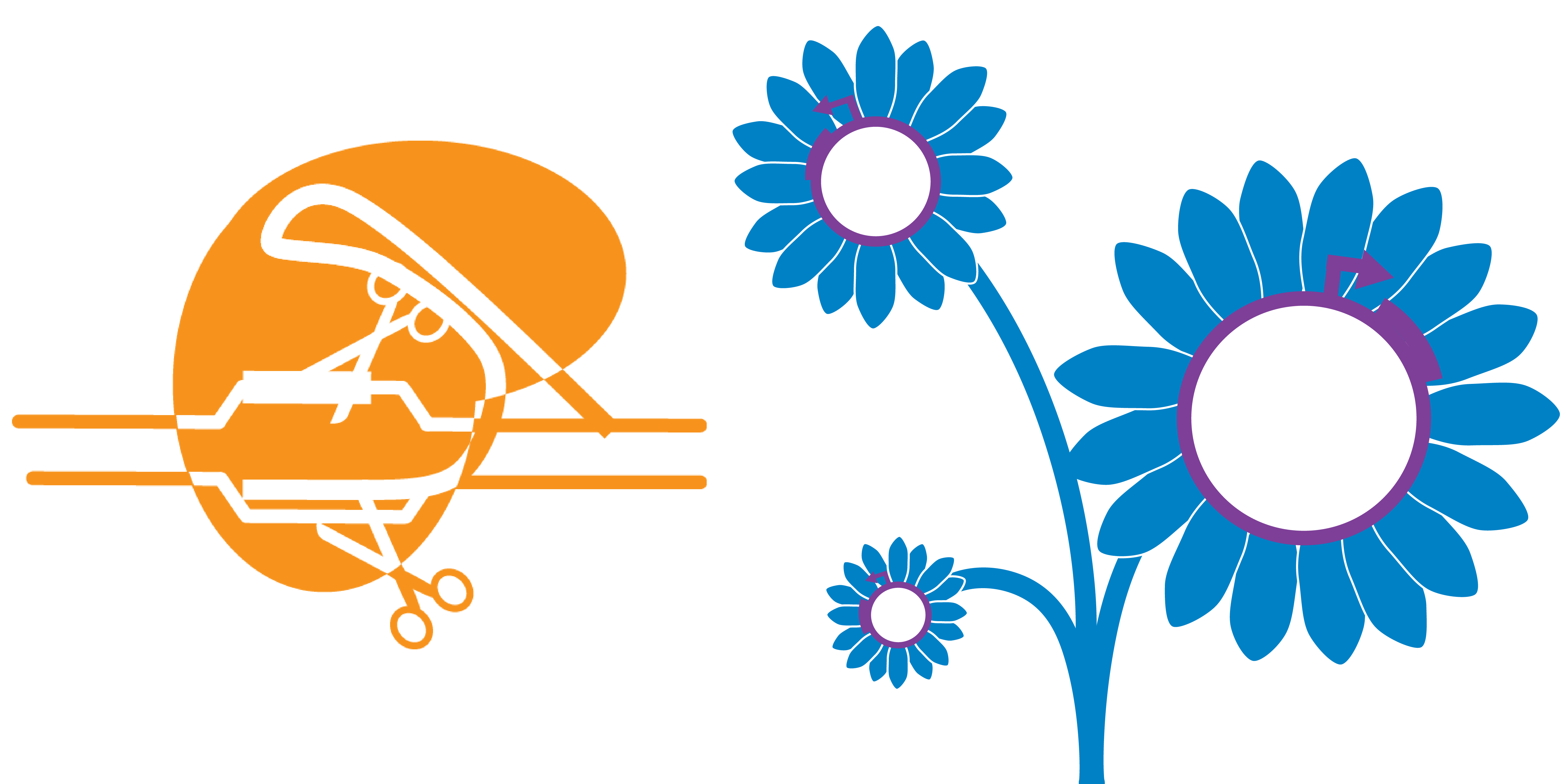 CRISPR has taken the genome engineering world by storm owing to its ease of use and utility in a wide variety of organisms.  While much of current CRISPR research focuses on its potential applications for human medicine (1), the potential of CRISPR for genome engineering in plants is also being realized. There are a variety of reasons to consider using genome editing to change the genetic code of plants, including the development of crops with longer shelf life and the development of disease-resistant crops to increase agricultural yield (2,3). While it is certainly possible to select for desirable traits using traditional plant breeding approaches, these techniques are cumbersome, often requiring several rounds of selection to isolate plants with the phenotype of interest. Genome engineering, on the other hand, allows for targeted modification of known or suspected genes that regulate a desired phenotype.  In fact, CRISPR has already been used to engineer the genome of many plant species, including commonly used model organisms like Arabidopsis and Medicago truncatula and several crop species including potato, corn, tomato, wheat, mushroom, and rice (4). Despite the almost universal functionality of the CRISPR system in most organisms, some plant-specific changes to CRISPR components are necessary to enable genome editing in plant cells.