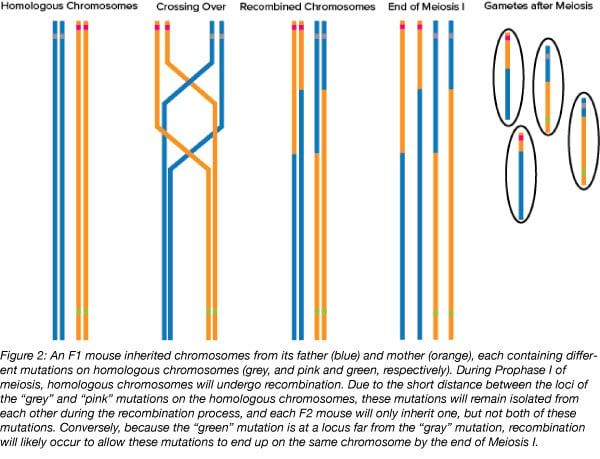 In Part 1 of our mouse modeling blog series, we covered techniques that can be used to introduce genetic modifications into mouse embryos. But once you generate a growing colony of genetically engineered mice, what can you do? In this post, we’ll cover why and how to cross mice to create double knockout lines and Cre-lox lines, and how to properly control for genetically engineered mice in your experiment.

As you’ve learned in Part 1, there are many types of genetically engineered mice: transgenic mice, knockin and knockout mice, and conditional knockin or knockout mice. While these techniques are each useful for introducing one modification into the mouse genome, they are not commonly used to introduce multiple mutations. This is because as more mutations are introduced into a single embryo, the likelihood that a mouse will end up with the intended genotype at every allele decreases.

END_OF_DOCUMENT_TOKEN_TO_BE_REPLACED

Cre-lox is an incredibly popular and powerful site specific recombinase (SSR) system, but it only gives you a single level of control without modification - either Cre is there or it’s not. Cre-mediated possibilities for site specific (and often cell type specific) control of DNA recombination and gene expression can be advanced by the coordinated use of fellow SSR system FLP-FRT. In addition, a variety of means to spatiotemporally control FLP and Cre expression have been developed. Read on to learn more about FLP-FRT, Cre-lox, and how combinations of FLP and Cre enable additional levels of genetic control.

END_OF_DOCUMENT_TOKEN_TO_BE_REPLACED 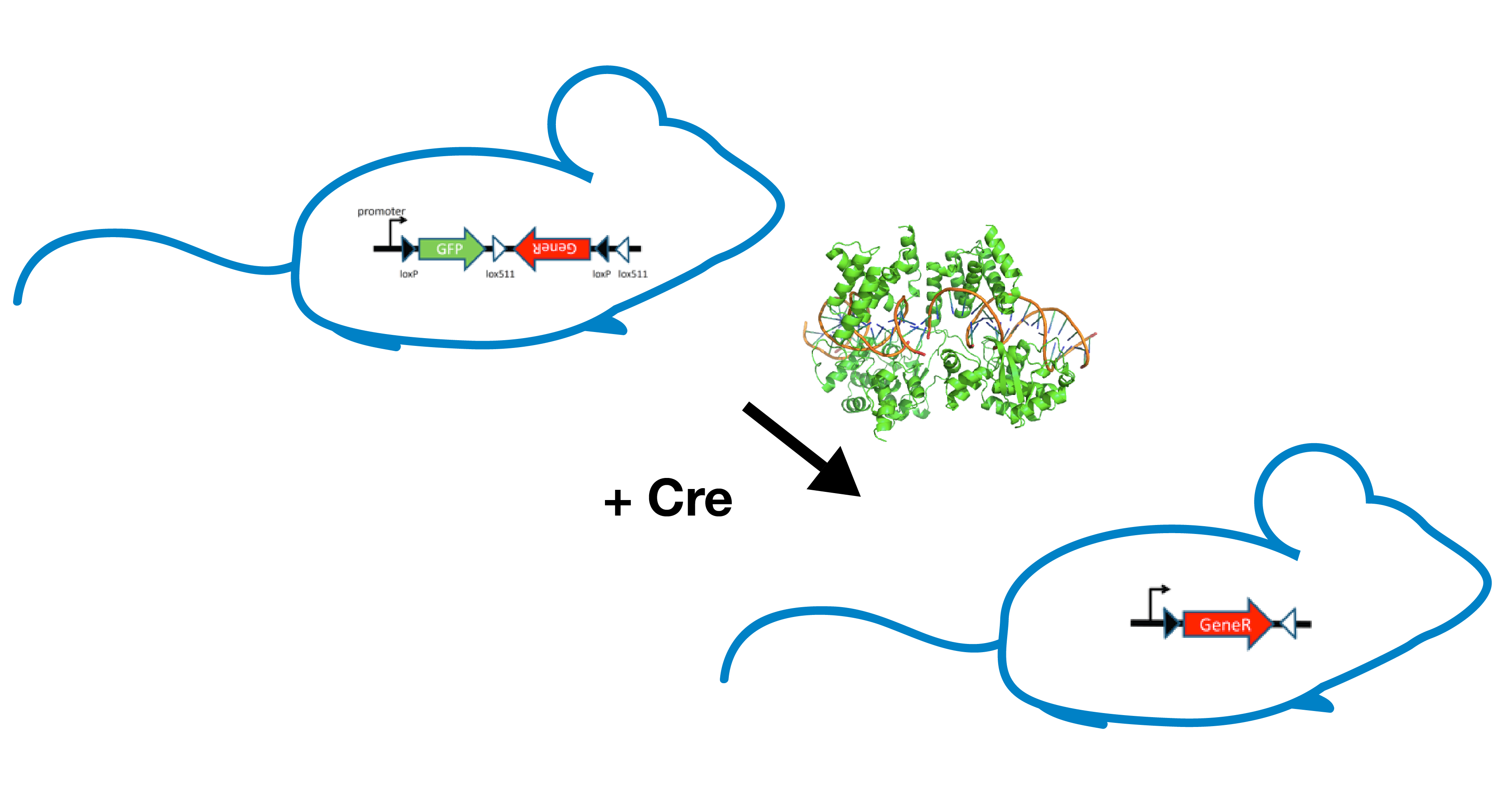 In a previous post from our Plasmids 101 series, we learned how the Cre-loxP recombination system can be used to induce site-specific recombination events, and that the orientation of the flanking loxP sites directs the Cre recombinase to invert, translocate, or excise a DNA fragment. The availability of both wild-type and mutant loxP sites has allowed scientists to leverage this system in new, creative ways. Today’s post will focus on one such strategy--the FLEx switch--which utilizes recombination elements to turn off expression of one gene, while simultaneously turning on the expression of another!

END_OF_DOCUMENT_TOKEN_TO_BE_REPLACED

At Addgene, we love GFP, and we’re always excited when depositors find new ways to make this workhorse protein even more useful! From FPs optimized for oxidizing environments to photoconvertible variants, it seems like GFP is always learning new things. Now, work from Connie Cepko’s lab allow researchers to activate transcription or Cre recombinase activity only in the presence of GFP. These systems, known as T-DDOG and Cre-DOG, respectively, repurpose popular GFP reporter lines for more sophisticated experimental manipulations, saving the time and money needed to develop new lines.