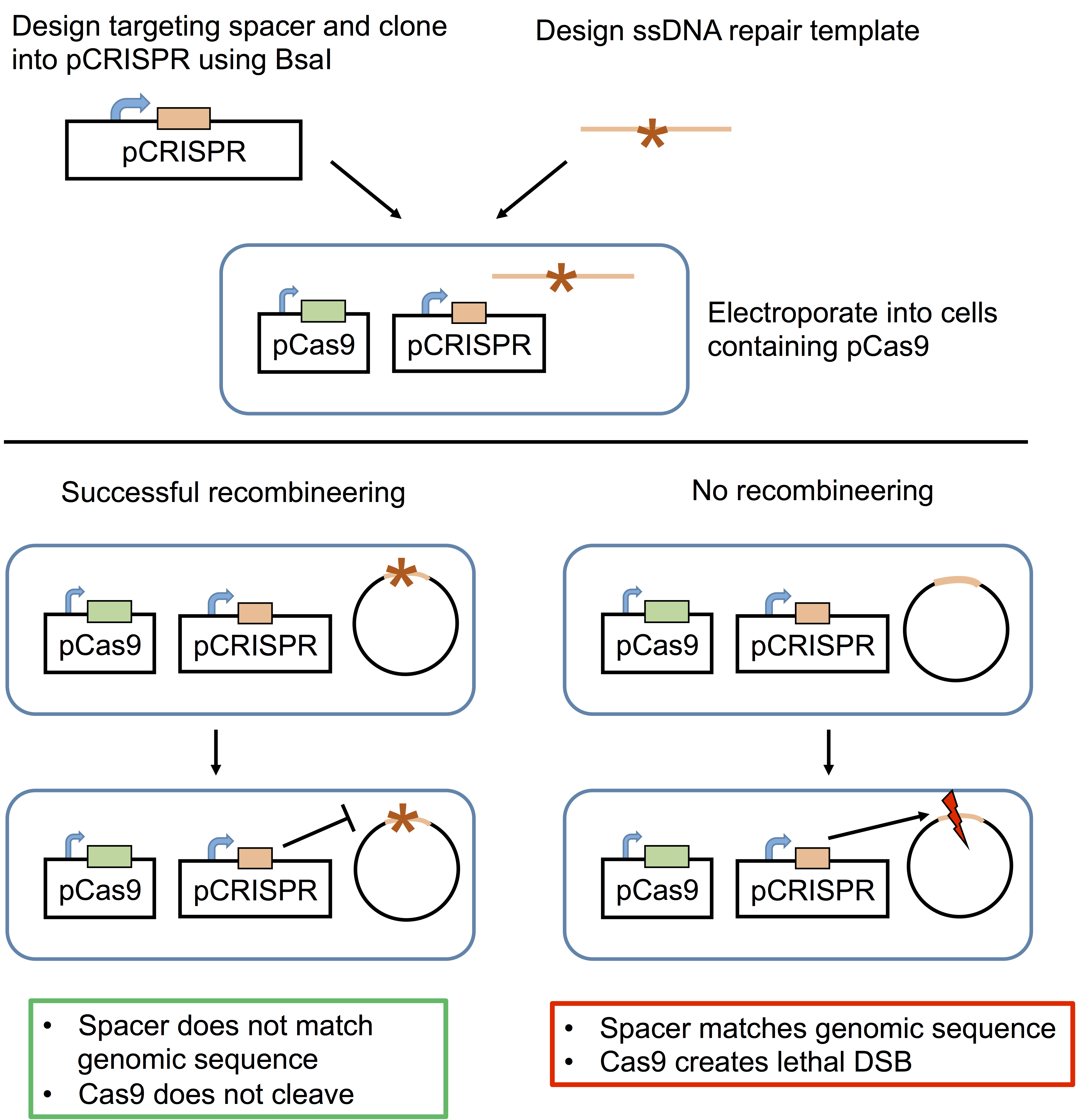 Although CRISPR systems were first discovered in bacteria, most CRISPR-based genome engineering has taken place in other organisms. In many bacteria, unlike other organisms, CRISPR-induced double stranded breaks are lethal because the non-homologous end-joining (NHEJ) repair pathway is not very robust. In many cases, homology-directed repair does not function effectively either, but scientists have devised means of co-opting phage genetic systems to facilitate homologous recombination in bacteria. These quirks change the way CRISPR-mediated genome engineering functions in bacteria, but have no fear - plasmids from Addgene depositors are making it easier than ever to use CRISPR  in E. coli and other bacterial species. Read on to learn about the tools available for bacteria and some of the applications for which they’ve been used.

END_OF_DOCUMENT_TOKEN_TO_BE_REPLACED 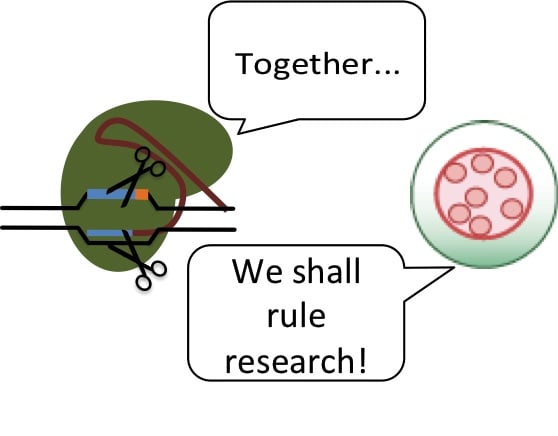 CRISPR genome editing has quickly become a popular system for in vitro and germline genome editing, but in vivo gene editing approaches have been limited by problems with Cas9 delivery. Adeno-associated viral vectors (AAV) are commonly used for in vivo gene delivery due to their low immunogenicity and range of serotypes allowing preferential infection of certain tissues. However, packaging Streptococcus pyogenes (SpCas9) and a gRNA together (~4.2 kb) into an AAV vector is challenging due to its packaging capacity of AAV (~4.7 kb). While this approach has been proven feasible, it leaves little room for additional regulatory elements. Feng Zhang's group previously packaged Cas9 and multiple gRNAs into separate AAV vectors, increasing overall packaging capacity but necessitating purification and co-infection of two AAVs.

END_OF_DOCUMENT_TOKEN_TO_BE_REPLACED 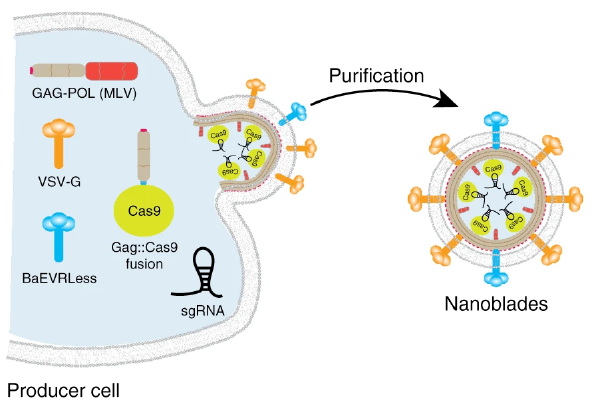 END_OF_DOCUMENT_TOKEN_TO_BE_REPLACED

The vast majority of bacteria are undomesticated which limits the tools scientists can use to study them. For example, gene knockdown with CRISPR interference (CRISPRi) has been limited to lab-adapted bacteria because it has been challenging to introduce CRISPRi machinery into diverse bacteria species. Existing protocols can transfer CRISPRi into a single bacterial strain, such as a B. subtilis, or a narrow range of bacterial species, such as the human gut bacteria B. thetaiotaomicron, Mycobacterium, Pseudomonas, and E. coli. However, many non-model bacterial species lack genetic tools.

END_OF_DOCUMENT_TOKEN_TO_BE_REPLACED 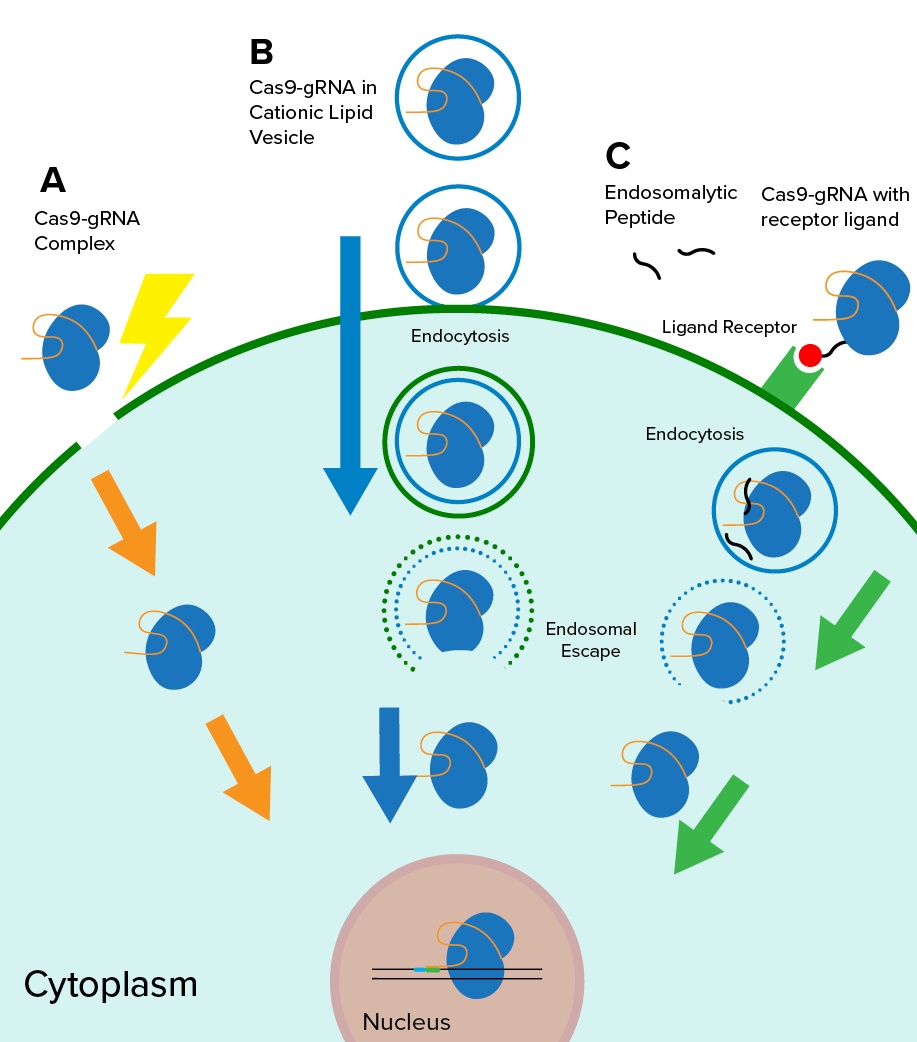