This post was contributed by guest bloggers, Yiwen Zhang, a Ph.D. candidate in the Yang Lab, Qi Li, a lecturer at Sichuan Normal University, Jieze Zhang, an intern in the Yang Lab, and Sheng Yang, a professor in synthetic biology from the Chinese Academy of Sciences.

In the Yang lab, we’re continually optimizing the use of CRISPR editing systems in bacteria. Our pCas/pTargetF system has been one of the most popular genomic editing systems in E. coli. However, some users pointed out that this system did not function properly in E. coli BL21(DE3) as transformants failed to grow after the transformation of pTargetF into the BL21(DE3)/pCas strain. In response, we modified the pCas/pTargetF system and updated it into a pEcCas/pEcgRNA system. This system works well for engineering single genome edits but the double strand breaks it introduces makes it difficult to perform two or more integrations on the genome. Most recently, we’ve developed a new system “Multicopy chromosomal integration using CRISPR-associated transposases” or MUCICAT.

Here, we’ll describe each of these CRISPR systems.

Our original pCas/pTargetF system consists of one plasmid that expresses the S. pyogenes Cas9, a temperature-sensitive replicon for self-curing, an arabinose inducible lambda-red gene, and an IPTG-inducible sgRNA sequence targeting the pMB1 replicon on pTargetF (Jiang et al., 2015). In addition to the pMB1 replicon, pTargetF contains the sgRNA targeting the genomic site of interest. The donor template is supplied separately.

To use this system, you’d first introduce your sgRNA sequence into the pTargetF construct and then introduce both plasmids into the cell. The edit in the chromosome can now take place. After editing, pTargetF can be cured from the cell by inducing expression of the sgRNA that targets the pMB1 replicon, resulting in cutting of the plasmid.

At this point, subsequent introductions of pTargetF containing another sgRNA targeting another site of interest can be used to make other edits. Once you have all the edits you want, cure pCas9 by growing the cells at 37 °C.

We speculated that the gRNA on pCas that is specific to the pMB1 replicon of pTargetF may exhibit a more serious leaky expression in BL21(DE3), which we presume caused pTargetF to be cut by Cas9. This would result in the lack of recovered transformants. Our speculation motivated us to update the pCas/pTargetF system.

The updates involved the following changes. In pCas9, we 1) replaced the promoter of gRNA-pMB1 with PrhaB, 2) changed the replicon of pCas into a non-temperature-sensitive replicon, and 3) added the sacB gene for counterselection to yield pEcCas. In pTargetF, we replaced the original 20 bp specific sequences on pTargetF with the ccdB gene containing BsaI restriction enzyme sites at its ends to generate pEcgRNA. The ccdB serves as a counterselection marker and will be replaced by the sgRNA targeting the genomic site of interest.

We compared the pCas/pTargetF system with the updated pEcCas/pEcgRNA system, and confirmed that indeed the gRNA-pMB1 had a slightly higher leaky expression in BL21(DE3) that resulted in a lower efficiency of transformation for pTargetF series plasmids. Fortunately, we were able to successfully delete genes of interest in BL21(DE3) using the newly generated pEcCas/pEcgRNA system.

Advantages of the pEcCas/pEcgRNA system

Compared with the original system, the pEcCas/pEcgRNA is superior in several ways:

We successfully tested the pEcCas/pEcgRNA system in 4 E. coli K-12 strains, 2 E. coli B strains, 1 E. coli W strain, and 1 Tatumella citrea, with a total of 70 sites edited. We optimized the strategy for plasmid curing, providing users with a complete editing process.

The MUCICAT toolkit includes versions of plasmids with different induction systems, such as PT7, Prha, Ptet, and Para. The pDonor plasmid pRE57-Ter with multiple terminators can serve to interrupt genes (or gene clusters) in metabolic engineering.

So far, we’ve used the MUCICAT system in two ways:

In conclusion, the MUCICAT system has the following advantages:

Qi Li obtained her Ph.D. from the Chinese Academy of Sciences (CAS) Center for Excellence in Molecular Plant Sciences in 2019. She joined Sichuan Normal University and became a lecturer in the College of Life Sciences that same year. Her research is focused on the escape mechanism of genome editing in microorganisms which could be applied to optimization of genome editing tools. 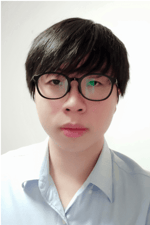 Jieze Zhang is an undergraduate student studying biochemistry at the University of Southern California. He is also an intern at the Yang Lab of the CAS Center for Excellence in Molecular Plant Sciences since December 2020. His research focuses on the efficiency of transposon-encoded CRISPR/Cas systems in bacteria, specifically on optimizing strains with low efficiency.

Sheng Yang obtained his Ph.D. from Shanghai Institute of Biochemistry, Chinese Academy of Sciences. He joined Shanghai Institutes for Biological Sciences in 2000 and became a professor in Synthetic Biology in 2006. The Yang lab's research is focused on developing microbial genome editing tools for faster construction or reprogramming of cells to understand the genetic and biochemical mechanisms behind their distinct phenotypes and to design a new generation of engineered cells for green chemistry and biomedical applications.

Yiwen Zhang entered the Sheng Yang Lab of the CAS Center for Excellence in Molecular Plant Sciences in September 2019 as a Ph.D. candidate. Her research focuses mainly on the development and application of a multiplex genome editing system based on CRISPR-associated transposition.