Scientists use deep mutational scanning to simultaneously test how multiple amino acid changes affect a protein of interest’s function. This technique relies on the generation of a plasmid library that expresses all desired variants of a protein. Applying a selective pressure winnows the pool down to plasmids expressing variants with optimal function. High-throughput DNA sequencing is then used to measure the frequency of each variant during the selection process. Each variant is assigned a functional score based on its library frequency before selection compared to its library frequency after selection. Key to this process is the ability to generate full libraries of mutant proteins. Researchers from the Whitehead lab developed One pot saturation mutagenesis as a quick and easy technique that can be used to generate complex libraries of mutant plasmids ready for deep mutational scanning.

Plasmid library generation prior to one pot saturation mutagenesis

Several methods can be used to create mutational scanning libraries. While each of these methods works well to generate libraries, they all have inherent shortcomings compared to one pot saturation mutagenesis. 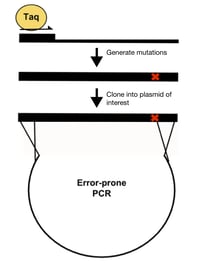 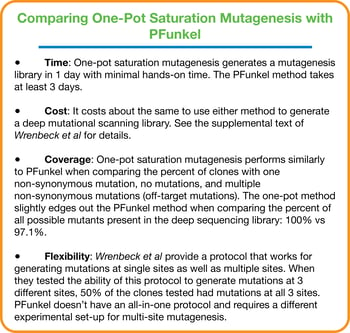 The one-pot saturation mutagenesis technique described in Wrenbeck et al is a PCR-based approach for generating a customizable comprehensive mutagenesis library that’s ready to be tested in a functional screen of your liking. This method is similar to site-directed mutagenesis (SDM) PCR, but with a twist since it relies on the sequential nicking, degradation, and PCR-generation of a mutant version of the top and bottom strands of the backbone plasmid. Unlike SDM, which uses a single mutagenic primer pair to generate an individual mutant, this technique uses mutagenic primers that tile across a region of interest, generating multiple mutants in one PCR reaction.

Below is a step-by-step overview of the protocol: 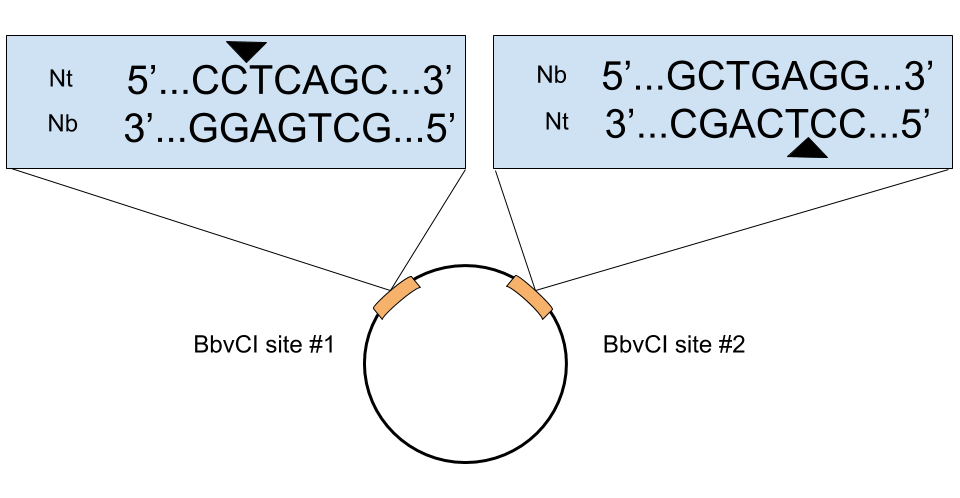 What do you think about one pot saturation mutagenesis? How would you use it in your research?