This post was contributed by Kurt Swanson a structural biologist and protein engineer currently working at Sanofi Pharmaceuticals in Cambridge, MA. 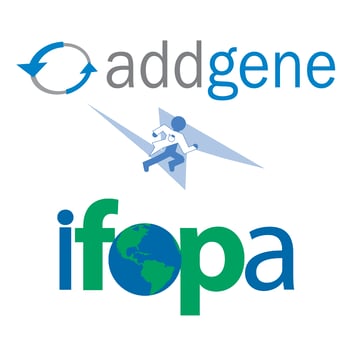 When I joined Sanofi/Genzyme nearly three years ago I decided it was time to get in shape. After three kids, I had put on typical middle age weight and “exercise” consisted of taking walks in the mall. I took action, joined a gym, and started running on a treadmill. After being with the company for about six months, I learned there was a Genzyme-based running team called Running for Rare Disease that runs on behalf of the National Organization for Rare Disorders (NORD). NORD raises money and awareness for rare disease and helps patients find the correct treatments, if available. As part of the team, I started adding mile after mile on my poor, poor legs.

Runners for #Running4Rare are paired with patient partners so that they can help tell their stories. I was paired with a six-year-old boy named AJ Gonzales who suffers from Fibrodysplasia ossificans progressiva (AKA FOP). This terrible disease causes the patient to, in response to tissue damage, have excessive bone growth until eventually the patient loses mobility. Attempts to remove excess bone surgically cause the body to “heal” the surgical site with even more bone that only further impairs the patient.

When I first met AJ and his family, he did not seem much different than my second son of similar age. When he came to visit us and watch fellow Run4Rare team members complete the Boston Marathon, he wanted to run and play with my kids like any other youngster. His parents, Kristi and Rico, had to keep him from running too much as any jarring of his body could initiate very painful FOP flare ups. Eventually, without a cure, AJ will begin losing mobility and not be able to run around and play like the other kids his age.

But, there is HOPE. FOP is a genetic disease typically caused by a single R206H point mutation on the receptor ACVR1. ACVR1 triggers appropriate bone regeneration in healthy patients. However, the R206H mutation makes ACVR1 responsive to members of the ubiquitous activin ligand family, including Activin A. A commercially developed therapeutic antibody that binds Activin A and interferes with inappropriate activin-ACVR1 interactions prevents FOP bone growth in mouse models. As this biologic moves into clinical trials, there is new HOPE for AJ. But, as we in the scientific community know, treatments that work well in animal models do not always work as efficiently in humans. This is why we cannot stop searching for novel solutions to treat rare diseases like FOP until a cure is available.

This year Addgene, where my wife Lianna has made her career as Senior Director of Biology, is helping us fight against FOP in two ways. First, Addgene is distributing ACVR1 Plasmids from a variety of research labs and hopes that these will help researchers build their knowledge of FOP, it’s biological causes, and potential cures. We encourage any researchers working on ACVR1 or any of the pathways that impinge upon FOP to deposit their plasmids with Addgene and join us in the fight against FOP. 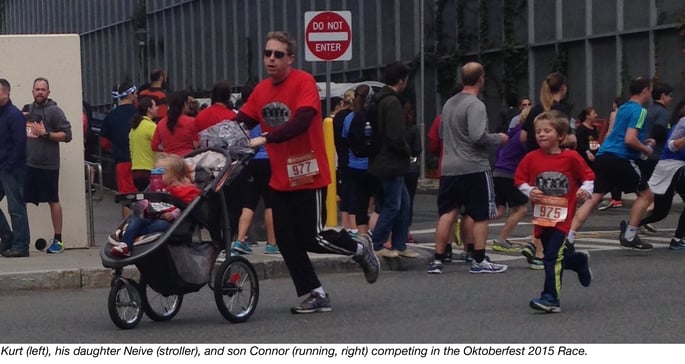 Second, Addgene will be hosting the AJ’s Boston League team (Contributing many new heroes to the team in the process) as the team runs the Cambridge Super Hero 5K on October 23rd. This is a great event at which people dress up like superheroes or other iconic characters and run a 5K around Cambridge. We will be collecting donations for IFOPA, an organization dedicated to raising funds and awareness of FOP. Please consider running with us or making a donation via the link below. Please continue to help bring HOPE to AJ.

PS: The superhero race is the perfect event for supporting AJ, who is a big superhero fan. This year, I have decided to run as The Green Lantern’s friend, St Walker: The Blue Lantern. While The Green Lanterns derive their power from the emotion of will, The Blue Lanterns derive their power from the emotion HOPE; a fitting superpower for those running on behalf of rare disease sufferers like AJ.

As the Blue Lantern Oath says:

"In fearful day, in raging night,

When all seems lost in the War of Light,

Look to the stars –

Kurt Swanson is a structural biologist and protein engineer currently working at Sanofi Pharmaceuticals in Cambridge, MA. His work experience is in both vaccine subunit design and therapeutic biologic design (ADCs) along with pre-clinical analytical development. His areas of expertise include early stage drug discovery and pre-clinical development for First-In-Man studies. Kurt has been running on behalf of AJ Gonzales, a young boy suffering from FOP, raising money for NORD for the past two years.