Donations from Addgene to Yield Answers for Rare Disease Researchers 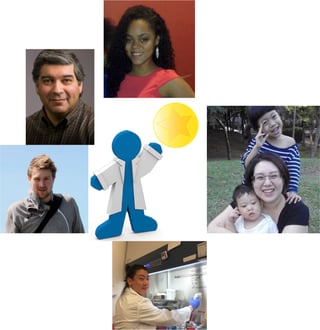 Every year, the Rare Genomics Institute sponsors a global competition for researchers working on rare diseases, offering them the chance to win some of the latest tools and technologies in life sciences research. The rare disease research community has certainly noticed: This year, the BeHEARD (Helping Empower and Accelerate Research Discoveries) Award attracted submissions from 99 universities and foundations in 21 countries.

“Over $600,000 worth of cutting-edge technologies were awarded to study 31 rare diseases,” said Claudia OuYang, BeHEARD Co-Director in a release. The research teams studying four of those rare diseases will receive plasmids from Addgene worth a total of $5000.

One of those teams is led by Claudio Aguilar (right) at Purdue University and is working to understand Lowe Syndrome, a devastating genetic disease caused by mutations in the OCRL1 gene that leads to the early death of young patients as their kidneys fail. The condition was first described more than 60 years ago, but there is still no treatment available.

Aguilar is a basic cell biologist. He got interested in Lowe Syndrome initially because of studies on OCRL1 already underway in his lab. The gene appears to play a role in many cell processes involving cell membrane dynamics. When they learned there was a disease associated with the gene, it piqued their interest. They obtained cells from patients with the condition to reveal some “outstanding differences.” They now have some theories on the underlying mechanism, involving the primary cilia. They’ll put a variety of plasmids to work to explore the effect of various OCRL1 mutations on cell behavior in greater detail.

The goal is not just to understand the disease better but hopefully also to find a way to fix the problem. “We’ve had the opportunity to meet a few patients that suffered this disease,” Aguilar said. “Once you have that, there is no coming back. The whole lab is emotionally attached to this disease.”

He says that the award from the Rare Genomics Institute and Addgene will make a substantial difference in pushing the work forward.

Hendrik De Buhr (top right) and his colleagues at the Wistar Institute in Philadelphia, PA will put their award to work on a condition called xeroderma pigmentosum (XP). This recessive genetic condition leaves patients incredibly sensitive to sunlight and prone to developing metastatic melanomas and other cancers.

Joshua Wang (bottom right), also of the Wistar Institute, says that the lab got interested in XP out of a desire to understand the early events in the transformation of healthy cells into melanoma cells. They’ll combine induced pluripotent stem cell (iPS) technology and 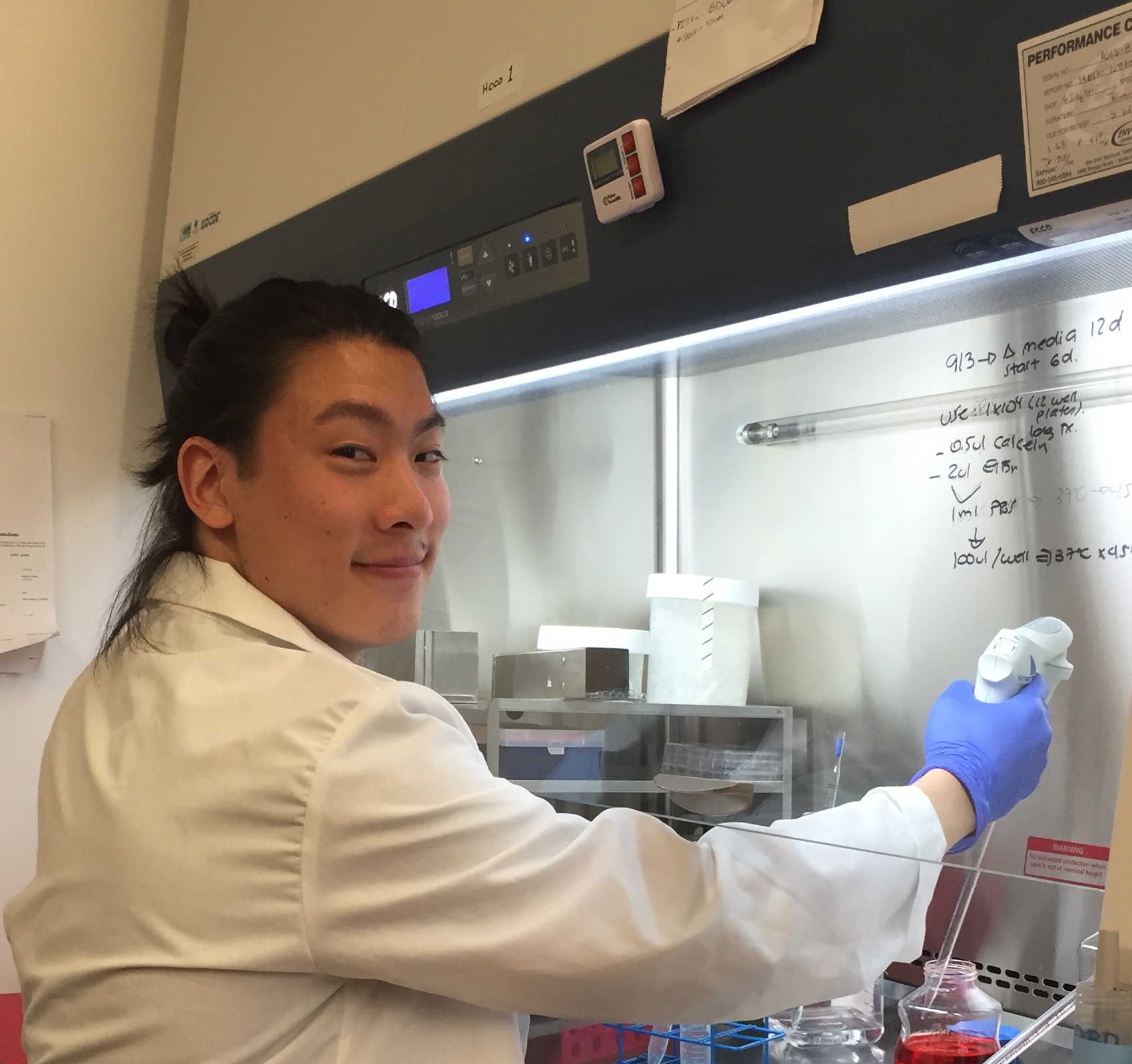 CRISPR-Cas9 constructs from Addgene to gene-edit mutations into XP genes and other genes involved in photosensitivity in melanocytes with the goal of understanding both XP and melanoma more broadly.

“This [award] is pretty great for us,” Wang said. “We were planning on and looking at a bunch of different strategies with CRISPR-Cas9. There are so many different variants and strategies out there. This will help us acquire a lot of those plasmids so that we can try many different things in parallel.” 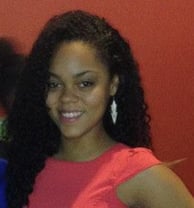 Melodi McSweeney (right), a graduate student at Duke who has recently moved to Columbia University with David Goldstein’s lab, will use GFP-ATP1A3, FLAG-ATP1A3, and ATP1B3 plasmids to explore the functional differences among mutations responsible for the disease known as Alternating Hemiplegia of Childhood (AHC). Patients affected by AHC suffer from recurrent attacks of unilateral paralysis (hemiplegia) that are often painful and accompanied by migraines. Those attacks can be brought on by a number of stressors, including emotional stress or changes in temperature.

“The disease was first described in 1971,” McSweeney said. “But, it is still sometimes wrongly diagnosed as a seizure disorder.”

In 2012, researchers identified the gene responsible for the disease as ATP1A3. The gene encodes a sodium-potassium pump expressed specifically in neurons of the brain. McSweeney says they now think that mutations in the gene may prevent neurons from returning to basal conditions normally after periods of high activity.

The new work will help them to understand how different mutations lead to differences in the symptoms experienced by AHC patients. 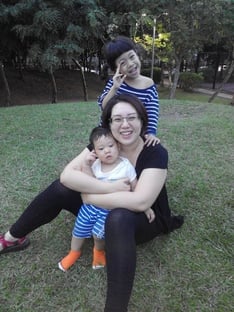 Last but not least, Meng-Shin Shiao (right) of Mahidol University’s Ramathibodi Hospital in Thailand and colleagues will put their award to work on Waardenburg syndrome, a rare disease that can cause hearing loss and changes in coloring of the hair, skin, and eyes. The researchers found that seven patients diagnosed at their hospital with one form of Waardenburg syndrome (WS4) by Pediatrician Duangrurdee Wattanasirichaigoon carried different mutations in a gene called SOX10.

To understand the functional role of those mutations, they now plan to use CRISPR-Cas9 technology to create cell lines and/or mouse models carrying different SOX10 mutations. More specifically, they’ve proposed to use plasmids with modified nickase Cas9 protein in order to target the specific gene region more precisely.

To put this award into perspective, Shiao wrote in an email: “In Thailand, our annual operating budget is approximately 20,000 USD and we are working on several genetic diseases at the same time. The limitation of budget restrained us from costly functional analyses.

“We believe that with this award from Addgene, we’ll be able to make big progress in elucidating association between SOX10 and WS4 and also several other rare genetic diseases. We hope kids in Thailand will receive much better health care in the future based on our studies.”

Thank you to all the BeHeard Awardees for speaking with us!

Find out more about the Rare Genomics Institute and the BeHeard Award!