This post was contributed by the Mesothelioma Cancer Alliance.

We have learned much about the causes of cancer and the different avenues that can be used to treat it. For those who are running out of hope with more traditional treatments, such as surgery, radiation, and chemotherapy, immunotherapy is coming to the fore as a cutting edge form of cancer treatment. With the goal of the Cancer Moonshot Initiative being to cure cancer, more funding and research opportunities are being provided to immunotherapy than ever before. Although different types of cancer have different challenges and obstacles to overcome, mesothelioma sufferers can see great promise in up and coming treatments like immunotherapy. 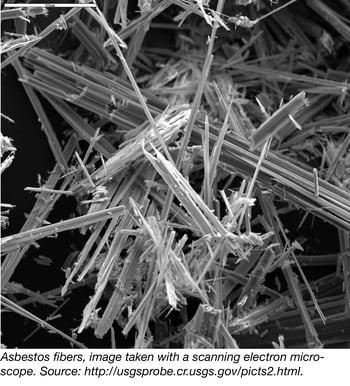 Mesothelioma is a terrible disease that is, unfortunately, completely preventable. Mainly caused by exposure to asbestos, mesothelioma is a form of cancer that develops in the linings of certain areas of the body, including the lung, the heart, and the abdomen. Long story short, when asbestos is breathed in (or less frequently, ingested), it can get into the lining of the lungs or travel to one of the other areas of the body, where it becomes embedded due to the small, hook-like shape of asbestos fibers. Over time these embedded asbestos fibers cause inflammation, which can cause mesothelial cells to mutate and ultimately form cancerous tumors.

Unfortunately, the symptoms of mesothelioma are usually very similar to the symptoms of other diseases, such as asthma, pneumonia, or lung cancer. As a result, mesothelioma is often misdiagnosed, meaning that by the time it has caught it has usually started to spread (metastasize) and turned into Stage 3 or Stage 4 cancer. These later stages of a cancer diagnosis indicate, for Stage 3, that the cancer is large in size and may have spread while Stage 4 indicates that the cancer has spread from where it originated to another organ in the body. Such misdiagnosis and late discovery mean that most mesothelioma patients have an extremely poor prognosis. Together, the cause, long latency period, and rarity of mesothelioma make it different from many other types of cancer.

Many people think that because mesothelioma is so rare, there’s not really much of a danger of getting the disease, even if you do happen to be exposed to asbestos. However, as the U.S. Environmental Protection Agency has noted, there is no safe level of asbestos exposure. Anyone exposed is at risk of developing mesothelioma, whether they have worked with and around asbestos for years, or they are exposed even one time. Doctors and researchers don’t entirely understand why some people develop the disease while others never do, but we do know that there are some genetic factors involved. For example, multiple studies show that certain mutations of the BAP1 gene play a role in susceptibility to developing mesothelioma, along with other forms of cancer. Additional research is being done to see what, if any, other genetic factors may be in play.

However, there is no question that asbestos exposure remains the single-most important factor in developing mesothelioma. Asbestos, and certain other naturally occurring asbestiform minerals such as erionite, are the only scientifically proven causes of the disease. There is no question on this point within the medical and scientific communities, and the link between asbestos and cancer goes back literally thousands of years to Ancient Greece.

As with many forms of cancer, the primary conventional treatments for mesothelioma include surgery to remove cancerous masses (tumor resection), systemic chemotherapy to kill cancerous cells that may have spread beyond the point of origin, and radiation to stop or slow the growth of tumors. More often than not, multiple techniques are used as part of a treatment plan, an approach known as multimodal therapy. Sadly, in many cases the cancer is diagnosed so late that these treatments do not work very well. The best option in such instances is palliative care, which helps patients manage the pain and discomfort caused by symptoms of the disease.

However, there are some emerging treatments that have shown some positive potential for treating mesothelioma. For example, patients who have peritoneal mesothelioma – that is, mesothelioma that forms in the lining of the abdomen (peritoneum) – have the option of a new form of treatment known as hyperthermic intraperitoneal chemotherapy (HIPEC). With this technique, surgery is performed to remove the mesothelioma tumors from the peritoneum and any other abdominal organs to which it may have spread. Then, the surgeon performs a heated chemotherapy wash throughout the abdominal cavity. This targeted chemotherapy approach has been shown to be successful in killing many (if not all) of the cancer cells that may be left behind after surgery, while being less traumatic to the body as a whole than systemic chemotherapy treatments delivered intravenously.

New research is also going into two other areas that could potentially improve the life expectancy of mesothelioma patients: early detection and immunotherapy.

It has long been known that one of the best ways to improve the traditionally dire prognosis for mesothelioma patients is to catch the disease earlier. New techniques are currently being tested in clinical trials to detect mesothelioma earlier than ever. From breath tests to blood tests, researchers are hopeful that they can come up with new ways to discover the cancer earlier, in particular before it starts to spread beyond its point of origin. One of the most exciting developments recently is a new blood test for HMGB1, the high mobility group box 1 protein. Normally localized to the nucleus, if the cell dies from injury, this protein leaks out into the cytoplasm, migrates out of the cell, and binds cells that can begin an immune response. This important biomarker can be used to distinguish between three groups of people:

Tests like these will allow doctors not only to detect mesothelioma much earlier, thus improving the patient’s prognosis significantly, but also to monitor those who may be at greater risk for developing the disease in the future. It can also potentially be used as a test to see how well treatments are working to fight the cancer.

Beyond early modifications to standard treatments and early detection, mesothelioma has proven itself to be susceptible to up and coming immunotherapies. The standard definition of immunotherapy is the use of drugs (or other mechanisms) that work through body’s immune system to fight cancer. However, there are many different forms of immunotherapy that work in different ways. For example, a new drug known as pembrolizumab (Keytruda) causes T-cells to more easily recognize and cause the destruction of cancer cells. Pembrolizumab has shown some great early success in treating mesothelioma, such as in the case of Paul Zygielbaum.

A different approach to immunotherapy is bevacizumab (Avastin). This drug (known as an angiogenesis inhibitor) prevents the growth of new blood vessels required to sustain growing tumors. Studies have shown that bevacizumab is particularly effective when used in conjunction with standard chemotherapy drugs used to treat mesothelioma – pemetrexed and cisplatin –because it cuts off the blood supply to fast-growing cancer tumors. In fact, the use of bevacizumab has recently been added to the treatment recommendations for non-resectable mesothelioma by the National Comprehensive Cancer Network, a coalition of the top 27 cancer centers in the world.

The development of new diagnostic methods and treatments such as these has brought a lot of promise to a field that has historically been full of bad news and dreadful prognoses. Survival rates for mesothelioma are creeping upwards, and while most people still die within a year of diagnosis, the hope is that as these new detection techniques and therapies emerge into mainstream use, they will have a much greater impact on the life expectancy and overall survival of mesothelioma patients.

However, no matter how good detection and treatment get, there still remains the problem of prevention. Asbestos exists pretty much everywhere, still, in old buildings, materials, household products, and even toys! Contrary to the belief of many individuals, asbestos has not been banned in the United States and many other countries, and it is still imported, exported, and used throughout the world. New mesothelioma cases could be greatly decreased through a ban on asbestos. Nonprofits like the Asbestos Disease Awareness Organization (ADAO) are working toward such a ban, and the president of the organization, Linda Reinstein – whose husband passed away from mesothelioma several years ago – recently collaborated with Senator Barbara Boxer to introduce the Alan Reinstein Ban Asbestos Now Act of 2016 in the U.S. Senate. If this bill passes, it will put an immediate stop to the use of asbestos, thus ensuring that future generations will be protected from this dangerous material.

This post was contributed by the Mesothelioma Cancer Alliance.