Your Top Requested Plasmid in 2015!

We’ve dug into the data from our repository to find our most requested plasmid in 2015. In line with all of the exciting developments surrounding CRISPR genome engineering in the past year, we're excited to announce that the plasmid most requested from the Addgene repository in 2015 was... 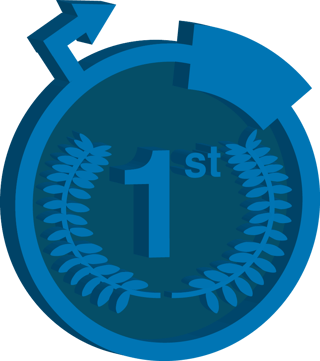 LentiCRISPR v2 originates from Feng Zhang’s lab at the Broad Institute and was designed and cloned by Neville Sanjana. This fantastic research tool has been requested from the repository nearly 1,000 times in 2015! If you haven’t already used it yourself, you’re probably wondering: What does it do and how does it work?

As its name suggests, lentiCRISPR v2 is a lentiviral transfer vector used to deliver both Cas9 and your gRNA of interest to mammalian cells. It was designed to have increased lentiviral titer as compared to previous lentiviral vectors. It can be used both to knock-out single genes in clonal populations and to knock-out thousands of genes in mixed population of cells as part of pooled library screens (1,2). The human and mouse GeCKO libraries, targeting over 19,000 and 20,000 human and mouse genes respectively, use lentiCRISPR v2 as the backbone for their many gRNAs. The high titer lentivirus production afforded by lentiCRISPR v2 is key to its efficient use in screening experiments; large amounts of virus are required to ensure that you get full library coverage in pooled library screens.

LentiCRISPR v2 is available from Addgene both as a single empty vector and in pooled libraries containing thousands of pre-cloned gRNAs. DNA aliquots of the GeCKO v2 pooled libraries targeting both mouse and human cells are avaliable for distribution. To learn more about pooled library screening, read our recent blog post on Genome-wide Screening Using CRISPR/Cas9. If you need help cloning a gRNA into lentiCRISPR v2, you can take a look at the protocol kindly provided by the Zhang lab.

Even though lentiCRISPR v2 has only been available for a little over a year and a half, a small sampling of the research it has already been used for includes work probing mTOR signaling in cancer cells, deciphering the mechanism of matrix metalloproteinase-9 secretion, and identifying lysine methyltransferase substrates.

We’re incredibly happy that lentiCRISPR v2 is being put to such great use. It’s just one of the many plasmids being distributed to and accelerating research in labs all around the world. We thank our many depositors for making these reagents available to the research community through Addgene and look forward to another great year of sharing!