The Crispr Babies Saga Shows the Need for Action, Not More Delays

This post was contributed by Kelly Hills, founding bioethicist of Rogue Bioethics. 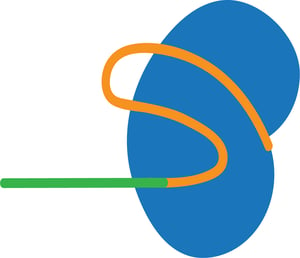 On November 25, the MIT Technology Review dropped a bombshell report. A scientist working in China was using CRISPR/Cas9 in an attempt to create gene-edited babies. Several hours later, the scientist, Jiankiu He, confirmed that two such edited babies were born in a twin live birth several weeks previously. While this claim has yet to be independently verified, the watching world erupted in controversy. Briefly, there are two overlapping, valid critiques being offered of He’s work:

The overlap here is that it is unethical to use scientifically unproven technologies to edit a human embryo, or have a woman carry an edited embryo to term. (We should remember that the woman carrying these embryos is actively being experimented on, too.) However, as research published on December 13 shows us, CRISPR/Cas9 techniques are continually being refined; it is completely plausible that scientists will eventually have available genome editing techniques that are sufficiently safe to manipulate an embryo—even if it’s not necessarily via CRISPR/Cas9.

This leaves us with the second critique. Absent of a broad public consensus on genome editing, there was a generally agreed-upon international moratorium on utilizing CRISPR/Cas9 in humans. This topic was to be revisited at meetings when sufficient time, additional public fora for data review, and more lab research could be used to bring scientists and the public together to build consensus guidelines, but there was never a specific timeline for this plan—or any action to follow it. And we don’t have to look far for proof that this model of public involvement, research, and consensus can happen. We just have to look to the United Kingdom’s Nuffield Council.

While the Nuffield Council has recently published a report on the social and ethical issues of genome editing and human reproduction, the relevant document for the question of “how do we move forward” is the June 2012 report on the ethics of “Novel techniques for the prevention of mitochondrial DNA disorders.” This document is about the popular technique incorrectly known as “three-parent babies,” where fused genetic material from intended parents is “rehoused” in a separate, enucleated zygote with healthy mitochondria, with the intent to eradicate mitochondrial diseases.

The key success of the Nuffield Council’s report is that when it became clear that this assistive reproductive technique was feasible, three separate things happened nearly simultaneously:

In other words, rather than having a meeting to agree upon a moratorium until another meeting, three branches – a private funder, government regulators, and an independent ethics council – all worked in tandem, within their respective mandates, to tackle a controversial and ethically fraught rapidly emerging technology.

We could do this for CRISPR/Cas9 – or any other germline editing technique—too.

As the Nuffield Council emphasized, the key to moving research from bench to bedside is, in addition to thorough ethical considerations, in making sure that the research has been adequately proven to be reasonably safe and effective. We do that through a standardized process of good research practice: computer simulations, in vitro research, animal models, and several stages of human clinical trials. This model also demonstrates that when we are at the point of scientifically rigorous and ethical CRISPR germline editing, we will initially limit the technology to research centers engaged in long-term, mandatory follow-ups and observational studies of the technique.

There are many things we can navel-gaze over from the last couple of weeks, including whether or not scientists can recognize so-called bad actors among them and “self-police” or whether the media and academic conference response to He created a positive feedback loop that rewarded unethical behavior (it’s hard to argue otherwise). To be sure, throughout the history of medical research, there have always been people who unethically experiment on humans, and they are not remembered kindly. However, despite many headlines questioning if He’s experiments prove otherwise, the scientific process does seem to be working.

I would argue that one of the takeaways from He and the CRISPR Babies is that the scientific process, as imperfect as it may be, does work when it is followed. He’s PCSK9 paper, though not featuring a clinical pregnancy, was rejected by at least one academic journal for exactly the critiques leveled at his CCR5 project. It was recognized as an unethical experimentation on human subjects, utilizing a scientific technique not proven adequately safe or effective for use in humans.

The question we are left with is not “what is the translational pathway for CRISPR/Cas9 research” but whether or not we will stop shuffling our feet on necessary actions to review and decide on the future of genome editing technology. We must stop punting decisions on scientific, ethical, regulatory, and general public consensus to the next meeting of experts, and instead convene the necessary groups for the necessary discussions and actions now.

Kelly Hills is a founding bioethicist of the consulting firm Rogue Bioethics. Kelly utilizes her firsthand experience in the software industry to inform her work on emerging issues in novel technologies, including self-driving vehicles, synthetic biology, biosecurity, and the entire 2018 saga of “what’s happening in genetics this time?” She lives with her partner (in business and life) in an old Girl Scout Cookie factory with their cats, Harley and Lexi, and a clutter of
outdoors-only spiders, all of whom are named Charlotte, all of whom are still working on their
penmanship.