Intro to Our Summer SciComm Series!

This summer, we’re making time to talk about my favorite thing - science communication (scicomm)! We have so many fun topics planned for this summer, but the foundation of all good communication is making sure everyone’s on the same page. So for our first post, I thought it best to define language you’ll see throughout the posts and introduce *the* question underlying all communications efforts.

Scicomm definitions (as used by Addgene)

Science communication, or science writing, refers to the process of communicating science to laypeople.

Laypeople are simply non-experts in the field of science you are communicating from. For instance, a plumber, a physicist, an ambassador to Spain, and a high school student would all be defined as laypeople when it comes to molecular biology.

Some lay people have a high amount of knowledge or interest in STEM subjects; we generally refer to them as the “interested public.” Subscribers to Scientific America would be considered the interested public and it would be safe to assume that they both have a higher level of science knowledge than average and are more likely to spend time engaging with science communication efforts.

Formal education is education that is provided through a structured environment such as the classroom or a defined learning program. Learners cannot (theoretically, at least) fully and freely engage or disengage at will.

Informal education is education that is provided, typically ad hoc, for learners who can choose to engage or disengage with a very high level of independence, such as museums, YouTube channels and podcasts, science pub nights, and pop sci books. Most scicomm efforts fall under informal learning; however, many others partner with formal learning to engage students at all levels.

Jargon is field-specific terminology or language. This can refer both to terms that are only used in the field and terminology that is widely used but has a very specific use-case (definition) in a specific field.

For example, while “PCR test” has recently transitioned from jargon to non-jargon in the context of disease testing, it can still be considered jargon in most other uses. Many laypeople would use “PCR test” to mean “a test that uses a biological sample to look for presence of a virus.” A scientist would likely mean “a test for the presence or absence of a predefined DNA sequence that uses trprimers and enzymes that will amplify a sequence only if present.” You can see how you could end up in a very confusing situation rather quickly! 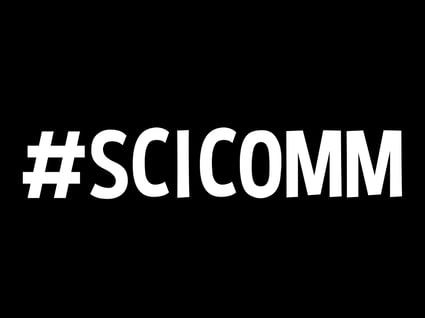 The first, and most important question, you should ask for any science communication project is, “Who is the audience for this?” You wouldn’t write an email without a recipient, so why would you start a communications project without an audience?

An audience can be defined by any number of characteristics. Common ones include age range, familiarity with the subject, shared interests, socioeconomic and/or racial/ethnic background, patient or caregiver status, geographic location, sense of humor, media consumed… really, the possibilities are endless.

Table 1: Examples of defining your audience for science communication activities

Many people are concerned that by defining a specific audience, they’ll exclude others from accessing their work. But that’s not the case. In fact, it’s really the opposite. Unlike emails, most science communication work does not explicitly exclude people outside of the original recipients. Instead, it targets a specific audience - giving consistency, purpose, structure, and intent to the messaging - while also creating space for people outside of the primary audience to engage if they so wish. (And let’s be honest: are you more likely to closely read an email sent out to a large listserv or one sent to you and a few other people on your team?)

And now that we’re all on the same page, we’re ready to get into the more exciting parts - learning more about science communication itself! See you next time!

Science Communication - 9 Ways to Get Your Foot in the Door

Image courtesy of Ron Mader, via Flickr, under the Creative Commons license