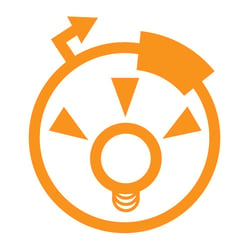 Optogenetics is spreading through the neuroscience community like wildfire and for good reason. For the first time in the history of neuroscience research we have a technology that allows us to show causality in neural circuits with incredible temporal and spatial precision (I’m not going to discuss the basic biology of optogenetics so if you are not familiar with it, check out the video below). That’s not to say that the technique doesn’t have its limitations or that other technologies need to be discarded but clearly we are in an era of neuroscience research where optogenetics will be a standard tool used in nearly any neuroscience project or topic of interest. Despite its power and versatility, the technique is remarkably straightforward to learn and relatively cheap (compared to many other technologies and techniques in the sciences). But how exactly does an optogenetics experiment work? What are the various tools and components necessary to run it? And, most importantly, what are the methodological and experimental limitations and considerations?

Optogenetics step one: Deciding how you want to use optogenetics

As mentioned above, AAV opsin constructs are injected directly into the region of interest using stereotaxic surgery (stereotaxic surgery videos can be found on youtube [above] and jove). Delivery of an AAV construct using stereotaxic surgery is a neuroscience research technique often used beyond just optogenetics. Successful stereotaxic surgery relies on identification of the bregma and lambda sutures and subsequent determination of the proper coordinates of your brain region of interest (as shown in the figure below). Since most of the precision of optogenetics is dependent on successful delivery of the AAV opsin construct, proficiency in stereotaxic surgeries is required. In any given optogenetics experiment you may need to inject virus into 20 or more mice and the injections must be near identical for all of these surgeries. Identify coordinates through a rodent brain atlas or research papers and practice with die injection prior to using the virus. You may need to adjust coordinates based on your own method of identifying bregma but it is best to spend the time practicing your injections until they are accurate and reproducible. I also highly recommend spending the money on a high quality stereotaxic frame with a digital readout. The advantage is you can “zero” your coordinates at bregma which allows you to quickly and reliably locate your injection site. We recently purchased this model. Additional general protocols on stereotaxic surgeries for viral injections can be found here [5, 6].