Congratulations to the winners! Below, we highlight their research and how they will use plasmids and viral preps from Addgene to further their work.

The Association for Creatine Deficiencies: Compensating for SLC6A8 mutations in Creatine Transporter Deficiency

Creatine Transporter Deficiency (CTD) is a rare X-linked inherited neurometabolic condition and one of three Cerebral Creatine Deficiency Syndromes (CCDS) that present as global developmental delays or autism spectrum disorder. It is estimated that CTD is the second cause of male intellectual disability after Fragile X. There is no cure for CTD, which arises due to mutations in the SLC6A8 gene, also known as the creatine transporter. The Association for Creatine Deficiencies (ACD) is a parent-let non-profit founded with the mission to support and drive research into CCDS.

The brain and muscles have a high metabolic demand that is powered by ATP. A molecule central to the regeneration of ATP from ADP is creatine. In order to reach the brain, creatine needs to be transported from the blood and cross the blood brain barrier using creatine transporters. However, mutations in the transporter SLC6A8 impede this transport and result in global creatine deficiency, which is characterized by development delays, speech delays, seizures, and other symptoms as discussed in this educational video.

“SLC6A8 belongs to a large family of solute channels that are responsible for maintaining the nutrient and ionic balance of the cells,” says Dr Sangeetha Iyer, ACD’s Scientific Advisor. It’s possible that solute channels typically expressed on other cell types can compensate for or bypass the dysfunction of another solute channel.

With the BeHeard award, the ACD will use Addgene’s RESOLUTE plasmid collection to perform a functional screen in mammalian cells to identify any solute channels that can compensate for the defect caused by SLC6A8 deficiency. “This proof of concept study will help in identification of new targets that could greatly enhance our ability towards CTD therapeutic development,” says Iyer. Since the RESOLUTE plasmid collection consists of human and murine solute channels, the team will be able to validate their findings in mammalian cells with both human and murine targets thus informing potential for success in a patient-mutation bearing knock-in mouse model for CTD.

Congratulations the Association for Creatine Deficiencies! 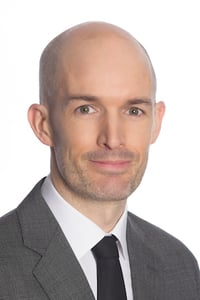 Generalized pustular psoriasis is a chronic autoinflammatory skin disease estimated to affect 0.27 to 4.6 per 10,000 people globally. Pustules form from the uncontrolled activation of the interleukin-36 (IL-36) cytokine family resulting in the activation of keratinocytes, which release inflammatory mediators that trigger the activation of dendritic cells, macrophages, T cells, and the recruitment of neutrophils.

Though there are IL-36 receptor inhibitors in development, there’s still a lot of mysteries surrounding IL-36 biology. “Little is known how IL-36 cytokines actually get out of keratinocytes and induce their effector functions. It’s an important process that we need to understand so that we could possibly develop pharmaceutical interventions that would inhibit IL-36 release,” says Dr. Mark Mellett, a senior researcher at University Hospital Zurich.

“We hope to use CRISPR libraries from Addgene to set up assays to see what molecules or proteins are involved in IL-36 release in keratinocytes,” says Mellett. This would help the lab identify therapeutic targets in the future.

Turner syndrome (TS) is a developmental disorder where one of the X chromosomes is partially or completely missing in women. Bicuspid aortic valve (an aortic valve that has two leaflets, instead of three) and acute aortic dissections (a tear in the inner layer of the aorta) are two heart defects that are 50 times more prevalent in women with TS. “The goal of our study is to understand why women with TS develop bicuspid aortic valve at a rate that is 50-100 times higher than women in the general population,” says Dr. Siddharth Prakash, an associate professor at University of Texas Health Science Center at Houston.

In induced pluripotent stem cells derived endothelial cells from women who are missing an entire X chromosome (TS iPSCs), the lab observed abnormal cell migration and contraction. The lab hypothesized that this is abnormally deregulated in TS and can lead to cardiac developmental defects.

Eight genes from the X chromosome are expressed at significantly reduced levels in women with TS (Trolle et al., 2016). Using lentiviral vectors from Addgene, the lab will express these candidate genes in TS iPSCs to identify whether any rescue cell migration and contraction defects. The lab also plans to use CRISPR plasmids to generate deletions of candidate genes in euploid iPSCs.

“The BeHEARD Addgene reagents will facilitate our aims to correct X chromosome gene dosage in TS cells as a first step to reverse the developmental defects that cause heart problems in TS,” says Prakash.

G protein-coupled receptors (GPCRs) detect molecules outside of the cell and translate those signals into cellular responses. For example, GPCRs and their downstream G protein partners can regulate ion channels in the brain.

“I have a long standing interest in the biology of GPCRs and G proteins, with an emphasis on oligomerization, signalling complex assembly, and localization to the nucleus,” says Dr. Terry Hébert, a professor and assistant dean of biomedical science education at McGill University.

These protein-receptor complexes consist of many parts that work together on the cell membrane. Germline mutations in one of these parts, the GNB1 gene, which codes for G𝛃1 subunits of G protein complexes, lead to a rare type of developmental delay, and is characterized by autism-like symptoms, seizures, and muscle weakness. So far, there have been thirty GNB1 missense variants identified from 58 individuals with GNB1 disorder since the identification of this disease in 2016.

The lab aims to “expand our knowledge of GNB1 disorder by understanding affected signaling pathways and how they lead to neurological phenotypes observed.”

Using genetically-encoded biosensors and iPSC-derived cortical neurons from patients with GNB1 mutations, the lab hopes to capture the signalosome of different receptors upon stimulation. “To study cellular transduction events, we will utilize BRET-, FRET-, and intensity-based signaling biosensors to monitor intracellular signaling,” says Hébert. Previous research has shown that GNB1 mutations lead to increased activity of the AKT, mTor, and ERK pathways so the lab will be studying the effects on these pathways using biosensors as well.

“The Addgene catalog would allow us to enhance our biosensor repository as we find ourselves lacking several crucial biosensors that would allow us to address many of our research questions,” Hébert says. In the spirit of plasmid sharing and open science, Hébert plans on building upon and depositing their modified constructs to Addgene.

Find out more about the Rare Genomics Institute and this year's BeHeard Award!