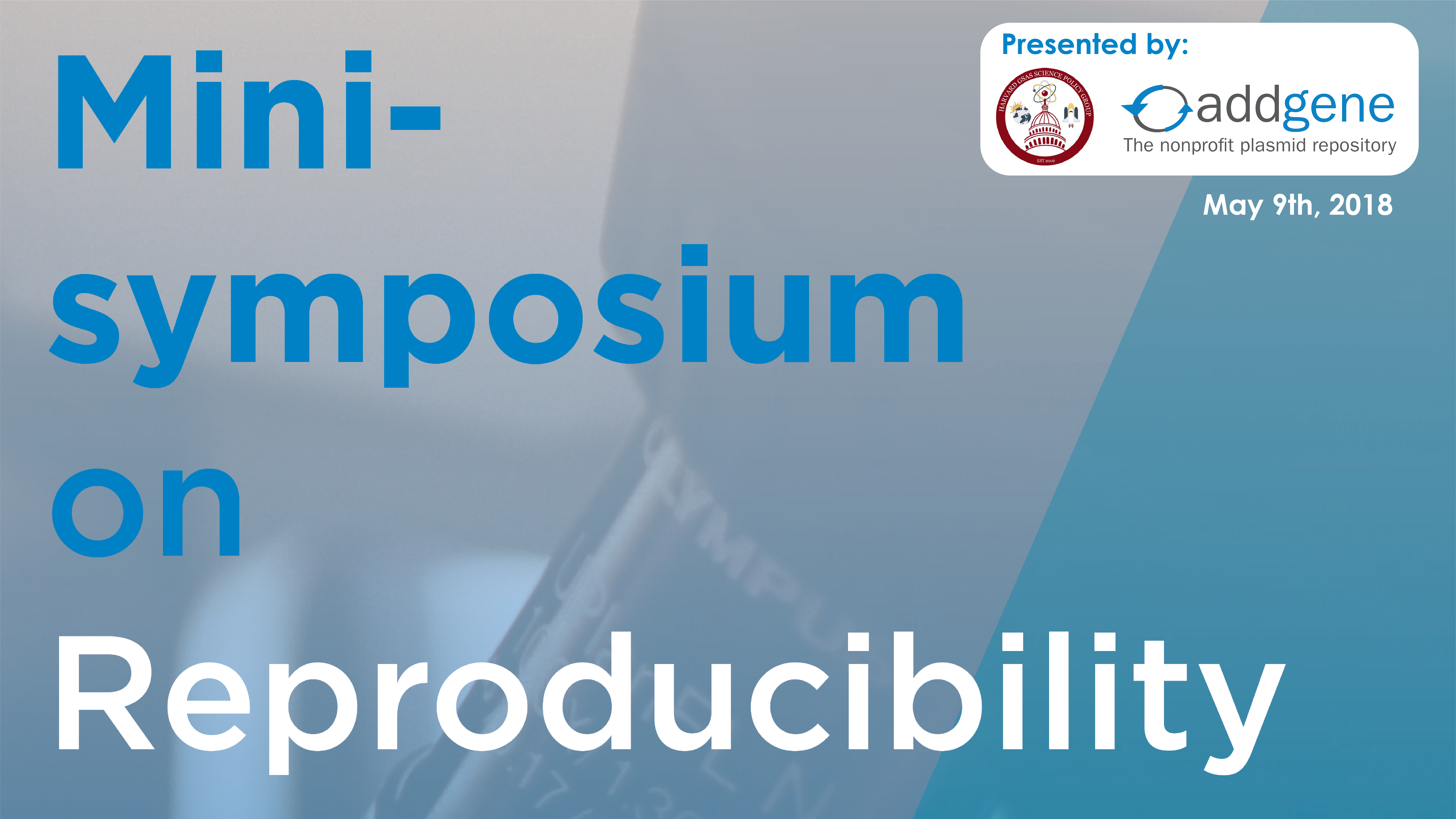 Last Wednesday we worked with the Harvard GSAS Science Policy Group to organize a Minisymposium on Reproducibility. The minisymposium focused on solutions to reproducibility issues in the biological sciences and featured speakers from academia, industry, nonprofits, and publishing. The livestream video from the event can be found below along with a description of the program beneath it. You can jump to the different time stamps in the description to watch any sections you’re particularly interested in, but I’d recommend watching the whole livestream for a more holistic understand of reproducibility issues and their potential solutions.

Prior to this event, I gave my own talk on reproducibility at Addgene and here I summarize what I learned both in preparation for my talk and at the minisymposium. You can find a variety of additional resources and information about organizations promoting reproducibility in this booklet (which was also handed out at the event).

END_OF_DOCUMENT_TOKEN_TO_BE_REPLACED 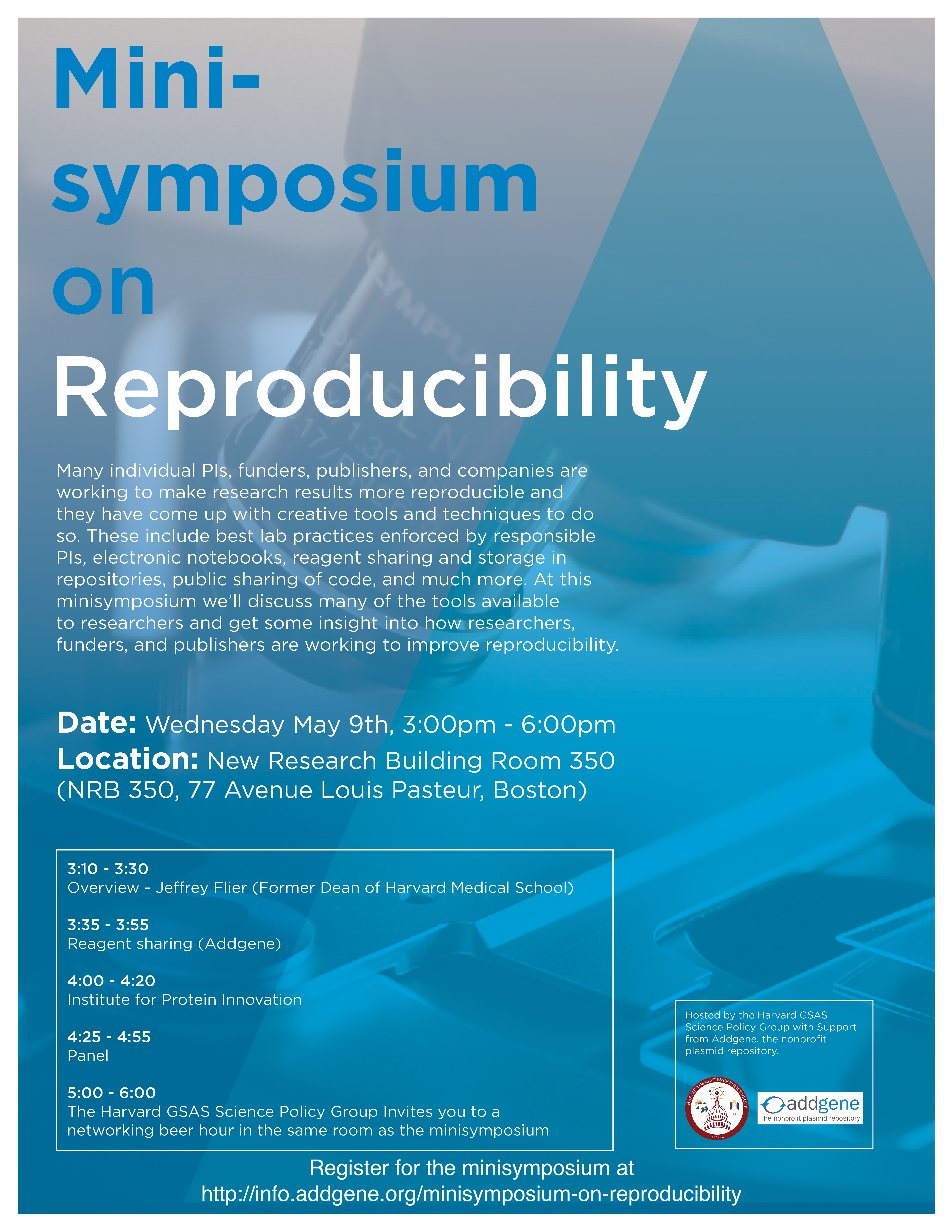 UPDATE 5/22/2018 - You can find a thorough breakdown and takeaways from the Minisymposium on reproducibility in this blog post.

Today at 3pm EST, we'll be discussing reproducibility issues in the biological sciences at our Minisymposium on Reproducibility. A full description of the event can be found below or on the registration page but you can view the livestream of the talks and panel here:

END_OF_DOCUMENT_TOKEN_TO_BE_REPLACED

Sharing Your Lab Protocols: Using Apps to Save Time & Track Your Experiments Recently I learned that Addgene’s pLKO.1 cloning protocol is viewed around 3,000 times each month. I looked this up after trying out the new protocols.io beta platform for sharing, annotating, and storing life science protocols. Since we began sharing this protocol on the Addgene website in December 2006, the pLKO.1-TRC cloning vector (deposited by David Root of the Broad Institute) has consistently been one of the repository’s most frequently requested plasmids. I wondered how many scientists have used the protocol for this plasmid, and if it still being used. After learning of it's continued popularity, I decided this protocol would be a worthy first contribution to the protocols.io community.

Did I mention that this protocol is being used around the world? In the last month it’s been viewed by users in the US, China, India, Canada, the UK, South Korea, and beyond!